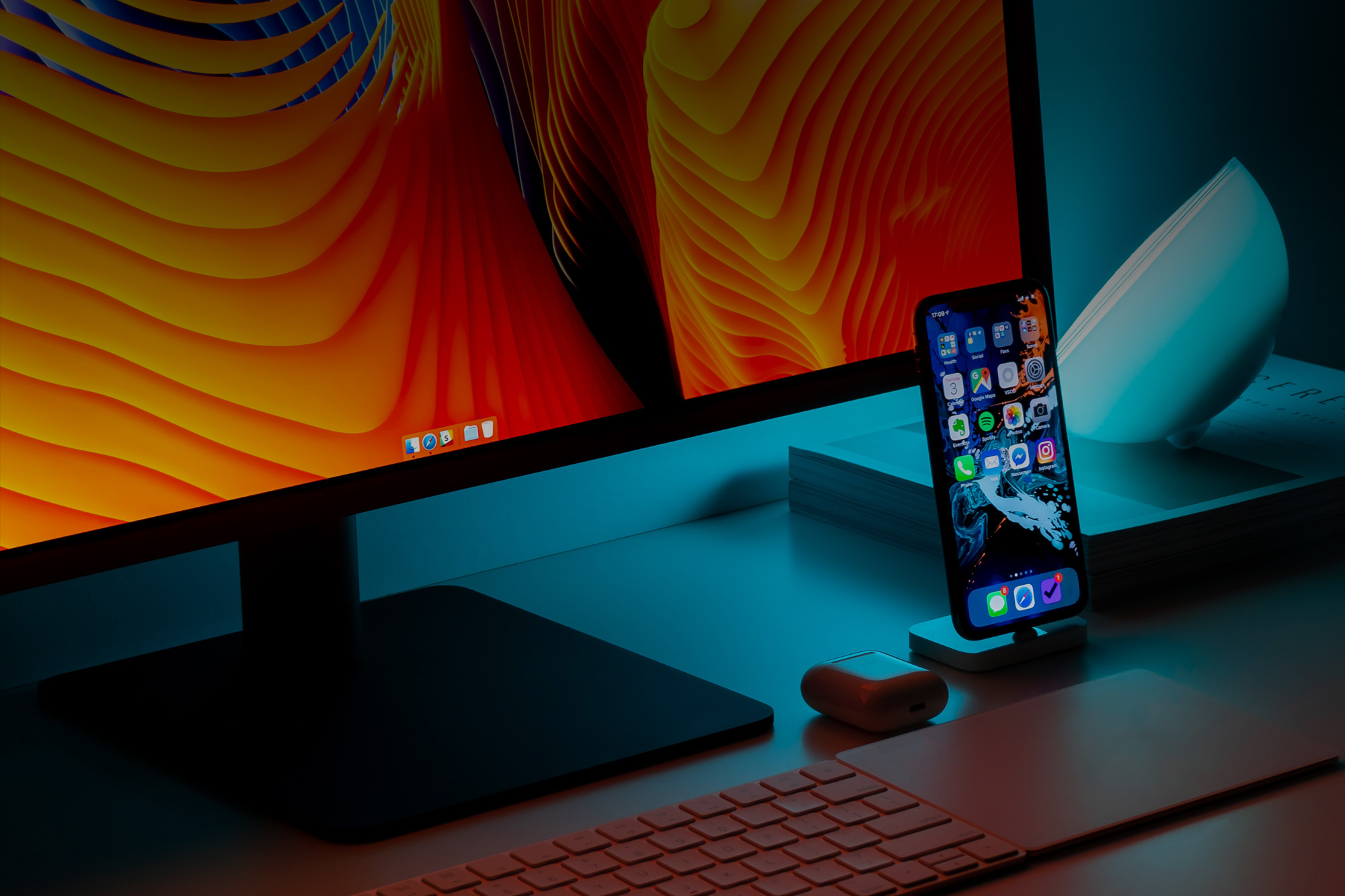 In this month’s blog we will be talking about computer hardware. These are the components needed to build a computer. Choosing the right hardware is important as computers that are built using parts that are not compatible will not work.

This month’s wise words are:

Hot desk – a desk allocated to a worker when required or on a rota system, rather than belonging to a particular worker.

Cloud PC – In the simplest terms, cloud computing means storing and accessing data and programs over the internet instead of your computer’s hard drive.

Hardware – Hardware is the physical components of a computer that are required for it to function. Designs may differ between desktops and laptops but the same components can be found in both. Without these core components, there would be no way of running the essential software and processes that allow a computer to work.

A monitor is an output device that is used to show what is happening on the computer. There are 4 types of monitors:

This is the oldest type of monitor that is rarely used anymore and is no longer manufactured. These monitors use electron beams to produce a picture using a heated tungsten coil to heat and cathode. These monitors are much bulkier than any other kind of monitor and use up vastly more electricity to power them.

LCD is made of liquid crystals, it consumes less electricity and produces less heat than an old CRT monitor.

LED monitors use even less energy than LCD monitors and also have much higher contrast and create more vivid colours. This allows for the high-quality image we expect from 4K resolution.

OLED offers rich colours, high contrast, deep blacks, wide viewing angle, low power and fast response time for action scenes. Instead of silicon or gallium, which LEDs are made of, OLEDs use “organic” carbon-emitting layers. OLED screens are found in TVs, smartphones, tablets, watches and VR/AR headsets. Screen burn-in is a problem when the same toolbars and logos remain on screen for weeks on end. This leaves an image on the screen that is “Burnt” in and when the toolbar is closed it will still show on the screen.

CRT monitors are no longer produced so the current choice for the consumer is between LCD, LED and OLED.

Overall LED monitors are better than LCD for a number of reasons LEDs are significantly brighter and will show up in almost any ambient light conditions, both indoor and outdoor. The colours are more brilliant and contrast is significantly richer than LCD displays. LED displays are thin, lightweight and are also a greener solution because they draw far less power. LCD’s can also contain mercury used for backlighting which is a substance that is harmful to human health.

A computer mouse is a handheld input device that allows the user to control a cursor in a graphical user interface (GUI) and can move and select text, icons, files, and folders on your computer.

A computer keyboard is an input device used to enter characters and functions into the computer system by pressing buttons known as keys. A keyboard contains keys for individual letters, numbers and special characters, as well as keys for specific functions.

A computer tower is a metal body that contains all of the computer’s components. Towers are generally placed on the floor, next to the desk where you use your computer. Computer towers are available in an enormous variety of sizes to suit every need and are bulky to allow the use of fans to move air over the components. 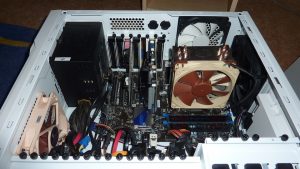 PC monitors can cost anywhere from £50 to prices ranging in the thousands. What is most important is what you are using it for. If you are working from home using Microsoft office and the internet. A monitor for under £200 will be the most suitable for you, as monitors that are more expensive are not going to benefit you enough to justify the price. For people in graphics-heavy industries such as photo editors, graphics designers and animators there will be a noticeable difference in quality between the low and high end of the price range due to the detail in both colour and definition of what you are viewing on screen.

From last month’s wise words we already know what a motherboard, GPU, CPU, ALU and PSU is. If you haven’t read last month’s blog it is available from our website at www.silverchart.co.uk.

So we now look at some other components within the computer.

One of the most fundamental elements of computing, RAM is the super-fast and temporary data storage space that a computer needs to access right now or in the next few moments.

CPU cooling fans are essential to keep the computer CPU working at a normal temperature without the cooling effect of these fans CPU temperatures would get dangerously high to the point where the components would melt. There are 2 different ways of cooling your PC:

This is the most common cooling system found in computers and is almost the only way of cooling a laptop. Although, Asus has released some water-cooled laptops that are far too big to be practical. That is precisely why laptops are air-cooled because the space required for the components is small and therefore more transportable. On PCs, Air coolers have a large fan that forces the warm air away from the CPU. They have large metal heat sinks that transfer heat away from the CPU and have a design that creates a larger surface area for heat to dissipate from. Examples of this are everyday laptops and computers and those that you would find in an office. 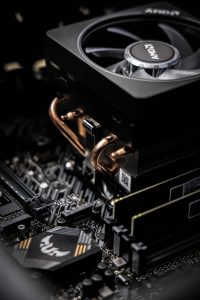 This method of cooling is for systems that are process heavy and generally have a top of the range CPU. Examples of this are gaming computers and workstations for modelling in 3d and some specialist graphics design. Water-cooled CPU’s are much more expensive than air cooling options hence why they are used in process-heavy machines. 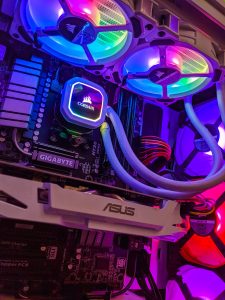 Cooling fans are fixed to the case of the pc and create airflow through the computer tower or laptop body. This is to transfer the warmer air out of the machine and into the atmosphere and draw in cooler air to help keep pc components cool. A standard computer may only have one fan while a gaming computer or a workstation computer may have upwards of 10 fans within the tower. It is entirely dependent on how much heat is being generated by the pc components as to how many fans are needed.

Computer components can be tricky to navigate and there are many iterations of the same component, not to mention the different brands and models that can be bought.

Compatibility can also be a major issue where you buy all the parts to create a computer but some components don’t work with others. This can cause massive amounts of time and money to be wasted on getting the right setup for you.

If you would like to have a pc built or upgrade your current pc and you would like some more information, advice or help, call us on 01666 840531 or email us at office@silverchart.co.uk.

For tips about tech-related issues check out our social media on Facebook and LinkedIn.

To find out more information head to our Blog page to read more blogs or our Services to find out how we can help you.

Next month we will be talking about Windows 365.